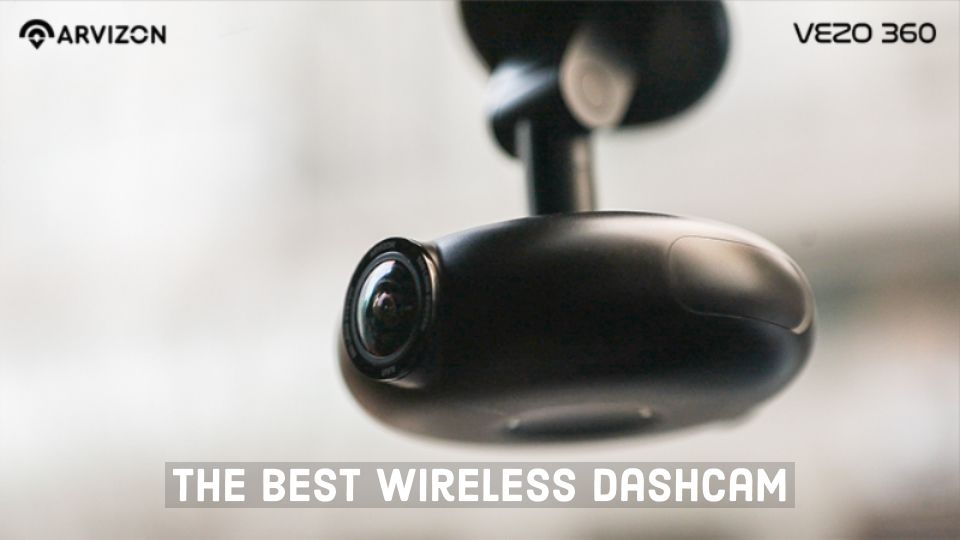 Dash cams have become an essential part of every luxury cars around. There are enough reasons to justify the purpose of a dash cam. A wireless dash cam is the future of technology and with the Vezo 360 your car’s security and safety concerns, are well covered. Internet of Things (IoT) has played a crucial part in everything technical surrounding us, and there is no difference with a dash cam for your car.

Along with recording videos and clicking pictures, a dash cam is capable of doing a lot more. Starting from sleep prevention alerts to assisting the driver in parking the vehicle a dash cam is of utmost use in every situation. Modern dash cams like the one by Arvizon The Vezo 360 is the benchmark in the dash cam industries. In this article, we are going to take a look at all the features the best wireless dash cam the Vezo 360 has in offer along with all the individual benefits each innovation has in it.

The reasons to put the Vezo 360 in this category are endless. However, the most prominent factor of the dash cam is that it has no wired connection to it, making it entirely wireless. The best wireless dash camera also has some other exciting features which make the Vezo 360 stand out from the rest. Transferring dash cam data to any other device happens easily without any wires being used in the process, making the complete process hassle-free.

Why The Vezo 360 is the Best Wireless Dash Camera?

The benefits a dash cam is providing the user is the criteria on which it is judged on. The Vezo 360 being an exceptional wireless dash camera has a lot of benefits to offer. We will discuss some of them down below.

People face a lot of work constraints in their day-to-day lives along with that hectic work hours and unscheduled lifestyle often results in less amount of sleep. Falling asleep while driving is nothing new and hence a dash cam is here to help you cope up with the situation. The Best Wireless Dash Camera the Vezo 360 has an artificial intelligence system programmed to it which scans the driver’s activity on a time-to-time basis. If the dash cam finds an improper behavior with the driver’s seating position, it immediately sends an alert to the driver asking him/her to be more cautious.

An Evidence during an Accident or a Car Theft

Who said accidents aren’t avoidable? The Vezo 360 has an auto accident detection system in it where the dash cam scans for all the visible obstructions and barriers lying in front of the car and notifies the driver regarding the same.

Sadly if your car still meets an accident, then the recorded footage of the Vezo 360 will stand as valid evidence for you in front of the insurance company. Also, if there is a case of car theft, then the dash cam will send footage to the owner right away from the time an outsider intrudes into your car.

The world we live in today is full of crime and suspicious activities happening all around us. There are a million of fraud cases involving car insurance. Surprisingly, people can go up to any extent to claim their insurance money. With a dash cam like the Vezo 360 which records video footages in 4K, the clarity during an incident of crime or accident surrounding your car is clear both to the insurance company and to yourself. Also, someone randomly stealing your car from its parking place is not in the scenario any more with the Vezo 360.

Apart from having all the features that make the Vezo 360 the best wireless dash cam 2019 you can use it as a regular 360-degree camera on your road trips. Who doesn’t love to share 360-degree photos on social media platforms? Isn’t it cool if you get to click the striking landscapes and scenery you get to see when out on the road? Yes, with this dash cam you can fulfill that wish of yours. You can click excellent 360-degree photos with the Vezo 360 and share them online with the application that comes with it.

The modern age demands for a dash cam that is powerful in every aspect and hence the creators Arvizon have developed the perfect wireless dash cam packed with all the essential features which a camera for your car must-have.

The Future of Wireless Dash Cam

A dash camera is not a new technology in the automotive world. The use of the first dash cams ages back in time. Since then the search for the best wireless dash cam has made the developers Arvizon come up with such an innovative product in the market.

To justify the word future let’s talk about a technology which incorporates in the Vezo 360. The dash cam is capable of loop-recording video footages, which means it automatically deletes the older video files to record the newer ones. One such another technology from the future that associates the dash cam is the park assist feature. All the dash cams out there only record video footages of the car whereas the Vezo 360 apart from recording videos also aids the driver to park the car. There are again a lot more additional features which are there in the dash cam by Arvizon which are future proof if you are asking me to say it in short.

If you are still confused about which dash cam to get for your car then The Vezo 360 by Arvizon, must be in your wishlist. A wireless dash cam in 2019 which delivers a lot more than the common ones around and is the perfect value for money.