How the Vezo 360 Car Camera Allows You to Record and Share Everything You See! 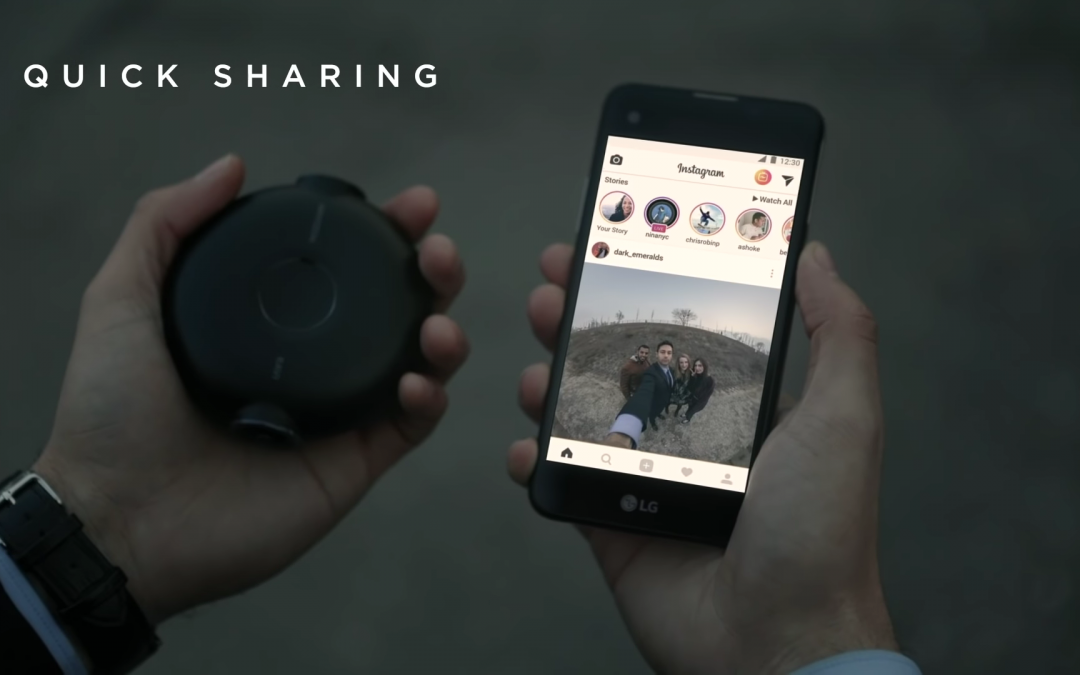 Phones, watches, video games, and other technological devices are intelligently designed for easy accessibility. The Vezo 360 car camera, dual dash cam, then, is the ideal example of a smart dash cam.

When your car installs a Vezo 360 car camera, you need to have no fear. You can easily record wide-angle footage of your adventure travels with the technology, and its 360-degree video capturing capacity assists in any unfavorable conditions.

All you need to do is connect your mobile device to the Vezo 360 security cam for car via Wi-Fi. With the Vezo 360 car camera app, you can easily share your collected images and videos on social media while browsing through them in the app.

Vezo 360 camera for cars is a solution that assures your safety and is highly practical.

By connecting your mobile device with Vezo 360 dash cam, use the functions listed below:

Live to streaming: Share your travel experiences live on social media to make your trip even more memorable.

Navigation: The app will automatically connect to GPS and navigate your entire journey.

Supports multiple languages: The Vezo 360 camera for cars is more practical and useful because it supports many languages.

Monitoring with the App: You can monitor what is going on around you while your car is in parking mode by simply connecting your smartphone to Wi-Fi. This incredible feature will notify you via the app whenever there are any unfavorable activities around the car.

Gallery: You have options for exploring this feature:

The Vezo 360 camera for cars uses a dual wide-angle lens system to record a seamless 360 degrees around your car while capturing footage from all angles. A 360 camera in cars has no frame restrictions because it simultaneously records the surroundings in all directions. Everything that happens around your car easily seen in one frame.

Navigate to the Wi-Fi settings to join the Vezo Wi-Fi network from the list of available wireless networks.

Activate Wi-Fi, navigate to a wireless network, and then utilize all of the advanced functions.

The recording function on Vezo 360 dash cameras acts as an eyewitness. However, the Vezo 360 camera for cars has improved recording capabilities by adding a sharing function in mobile applications. Car cameras 360 can be used for more than just gathering evidence. Vezo 360 offers 360-degree views of everything that transpired during the journey. The ability to record in high-quality pixels also improves a person’s social profile. You can use the Vezo 360 security cam for car mobile application to record and live-share your travels on any social media platform using the Vezo 360 dash cam.

Do dash cameras record all the time?

When your vehicle turned on, dash cams are built to automatically record. Most cameras power up and start functioning as soon as they plugged into a power source or hardwired into the car’s fuse box. While some cameras allow you to manually turn on or off the power, depending on the features of your camera, the Vezo 360 dash camera allows you to record even when the car is turned off if you plug into an accessory port that is always on.

There are a few circumstances in which your security cam for car won’t always record. The dash cam may discontinue recording if you switch it off or if it loses power for some reason.

There are additional safety measures that are available on the Vezo 360 camera for cars that can assist you in the case of an accident. Even if a dash cam stops recording when the car loses power, the Vezo 360 dash cam AI feature will send an emergency notification text to your mobile phone, including your GPS location.

Is dash cams functional when the vehicle is off?

Some dash cameras won’t normally operate if it’s powered by a standard accessory outlet in the car. For security cam for car to operate when the vehicle is off, they need a continual power source. For always-on power, you can hardwire Vezo car cameras 360 directly to your car’s fuse box, or your vehicle may have an accessory connector that always powered.

You could be able to use security measures if your car security camera has an always-on or hardwired power source. In the case of a break-in, while your car parked, collision detection can rapidly record the incident. Motion sensors can cause the camera to turn on and record any unusual activity around your vehicle.

To fully enjoy your journey while staying safe and up-to-date on social media. We recommend the Vezo 360 dash camera, the best dash cam for safety and advanced features.