The Vezo 360 – DVR Dash Cam from your Dreams 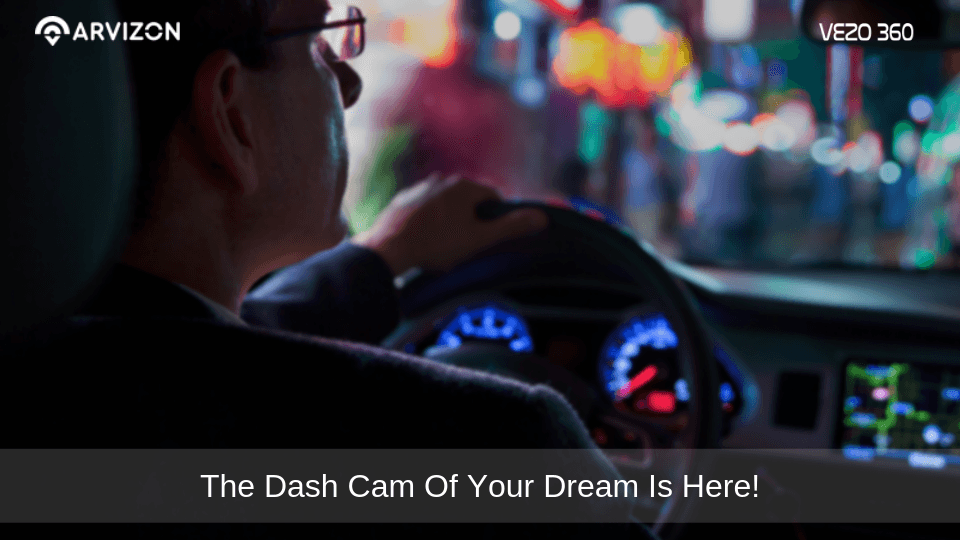 With the increasing number of car thefts in recent days, the need for a DVR dash cam is highly essential. It’s not only about car theft, but things that add up to a car’s safety concerns also demands a dash cam that can do it all like a boss. Hence the champion contender in this category by a fair margin will be the all-new Vezo 360 from .

We will look at the things that the dash cam has in the offer and all the reasons to declare it as the best car DVR dash cam. A dash cam itself is a vital thing which should be there in every car. Be it someone stealing your car or be it the insurer when you have videos and images as real evidence things get easier on both sides. On the other part, the Vezo 360 along with recording videos and snapping pictures has a lot of other features which are first-in-class. What if I tell you that the dash cam from Arvizon comes equipped with an AI which detects the movements of a driver and sends in sleep prevention alerts, isn’t it thoroughly mesmerizing? Well, there are a lot more other features that the Vezo 360 is capable of doing. It is a tiny beast which will ensure that your car is safe and protected always. With what it has in offer, it will soon become the benchmark of dash cams in the industry.

The most highlightable feature of the Vezo 360 is that it is a DVR which has exceptional recording capabilities. All the video footages that the Vezo 360 records are in 4K Ultra High Definition. Imagine the picture quality you get to see in the video footages recorded through the dash cam. The world today wants every digital image to be of superior quality, and with the Vezo 360, it is an assurance that you get invigorating videos and photographs for your car. Along with it, the dash cam is entirely wireless adding another feather to its cap.

The creators Arvizon has kept everything in mind while developing the revolutionary dash cam The Vezo 360. Despite talking about each of the features individually, let’s first take a look at all the exclusive features the dash cam has in it. After which the blog is going to discuss each of the characteristics individually and find out whether the car DVR dash cam from Arvizon lives up to the expectation or not.

Let us now discuss a few of the exclusive features the Vezo 360 has in it.

The best 360 dash cam from Arvizon unlike any other traditional dash cam comes with a two lens camera setup. Both the cameras are placed opposite to each other. Producing a 360-degree effect on the videos and photos taken from it. The technology is rather simple, where each of the lenses responsibility is to cover 180-degree of vision. The dash cam technology then stitches the data from both the lenses together to render one image which is of 360-degree.

Well, there is no other dash cam in the market right now which is as easy as the Vezo 360 when it comes to installation. Sticking a piece of paper to a page is comparatively tougher than installing The Vezo 360 on your car. It comes with a magnetic base which attaches to any dash with style. Also with that, further adjustments and alignments for the dash cam are even simpler. With just one finger you can move the dash cam to any favorable directions. Is there any other dash cam that is this easy to install? I am afraid that there isn’t.

The most respectable feature of the dash cam from Arvizon is that it comes with an AI system which continually monitors the driver’s sitting behaviors. Doing so, every time it detects that there is something unusual in the sitting behavior it immediately sends sleep prevention alerts so that the driver can stop by somewhere to catch a power nap or take rest for some time in that case.
Road accidents often take place with the car drivers falling asleep and with a piece of future tech like the Vezo 360, it is not going to be a concern anymore.

All the digital cameras these days have a significant setback in them, and that is with storage. There are no relevant notifications regarding the same from any camera and the user finally ends up seeing an out-of-memory error where he/she cannot click any more videos/images.
However, the case for the Vezo 360 is entirely different and exclusively smart. The HD DVR dash cam from Arvizon has loop-video recording feature in it which empowers the dash cam to delete older videos and images to record the newer ones. With this feature, a user will never run out of storage space.

Installing additional camera equipment for assistance in parking is not a requirement anymore with the Vezo 360. The futuristic dash cam from Arvizon comes with a park assist feature as well. Implying that the best dash cam is even capable of doing a lot more than just recording videos and clicking pictures.

The Vezo 360 parking camera will assist the driver in parking the vehicle safely in tight spaces ensuring that no additional parking systems are required.

The premium DVR dash cam from Arvizon The Vezo 360 is going to revolutionize the dash cam industry by a fair margin. I hope after coming across a few of the exclusive features the dash cam has in it it is going to be the first preference of yours while purchasing a dash cam for your car.