All New Vezo 360 – The Only Dash Cam You Would Need 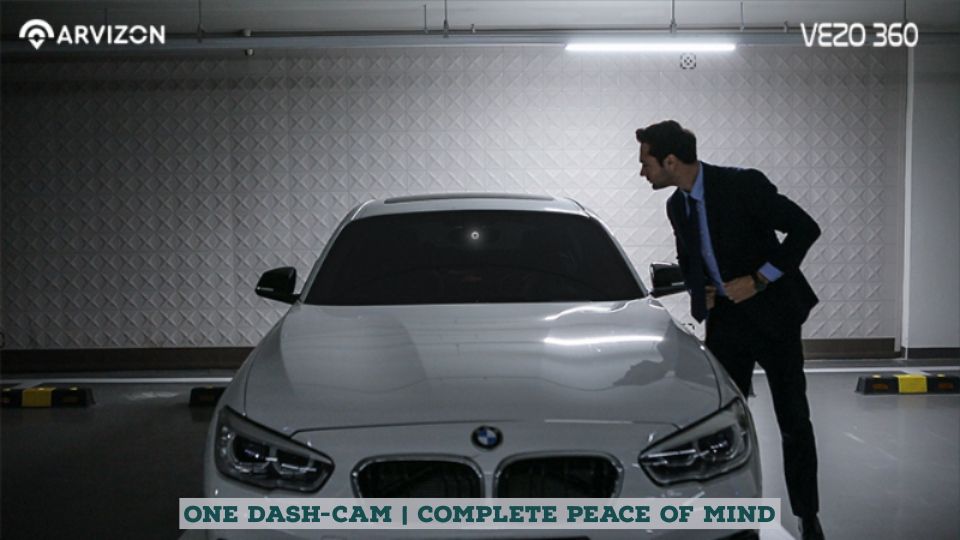 Dash cams are one of the most helpful pieces of gear and over the years have attained huge popularity in the market for legit reasons. These cameras were initially designed to capture sound and videos and during the inception were a bit expensive. However, with time they have developed and they are no longer only used for recording pictures or videos but also for security purposes. The entry of IoT and AI-based platforms have made a great stage for dash cams to become smart and influential. Contemporary cameras like the VEZO 360 by ArVizon have already created a new standard for the dash camera services.

Dash cams have a lot of benefits for the users. The Vezo 360 is the best dash cam for car and we are highlighting the advantages below. Have a look.

Helps you to stay alert while driving:

In the modern day, people are always under pressure all the time. With a hectic life maintaining work-life balance have become very difficult. In the end, everything takes a toll on the body and mind. All I want to say is that when you are driving, you might fall asleep, tired, become unmindful due to many reasons. So, the car dash cam Vezo 360 is set to help you in these cases. It can understand the pattern of the sleep with its technically improved algorithm. Hence, an instant alarm is available to bring back the rising person into his senses.

Provide Evidence in case of an Accident or Theft:

Accidents are a part of life but entail litigation and legal issues for the owner. It is the place where the comb of manipulations starts. Forthwith, if you have a smart dash cam installed in your car, you can demonstrate substantial evidence. Wireless car dash camera like Vezo 360 comprises of GPS and other sets of sensors that enables you yo get an accurate account of the stories without a bit of scepticism.

Today’s world is a hub of cheaters and fraudsters. To claim insurance money, they can reach up to any extent. It is easy to stage an unwanted accident and then claim compensation. However, with car security camera like Vezo 360, you can refrain from falling in such dubious trouble. Your camera will capture everything in detail with a 4K recording along with Dolby sound. Moreover, the dash cams also have cloud storage which helps to save the crucial recordings and images.

As we have already seen the HD car dash cam is capable of capturing 4K recording, this ensures that the road trips are memorable. The 360-degree Vezo camera catches all the facets of the car and leaves no space to cover for record-keeping.

Apart from having all the features that make the Vezo 360 the best wireless dash cam 2019 you can use it as a regular 360-degree camera on your road trips. Who doesn’t love to share 360-degree photos on social media platforms? Isn’t it cool if you get to click the striking landscapes and scenery you get to see when out on the road? Yes, with this dash cam you can fulfill that wish of yours. You can click excellent 360-degree photos with the Vezo 360 and share them online with the application that comes with it.

In this age, it is essential to guard your car and Vezo 360 is the best partner you can have for the security maintenance of your car. Its time to shield your car with a 360-degree visual means along with wireless streaming and cloud storage. Introduce you with the features of the best car dash cam available in the market today.

There are many dash cameras available but they cannot take note of the sides of the car. They can only record the front and the rear camera. On the other hand, Vezo 360 dash cam is capable of considering all the sides of the car with a seamless 360-degree double wide angle lens. The use of a dash camera in the car is to capture everything that takes place inside as well as on the immediate outside of the car. The quality of the picture by Vezo 360 displays first-class videos and photos even in the most critical scenarios. The processor has a 3D noise reduction, HDR and multi-exposure backlight coverage to make sure it can seize each and every aspect. The most amazing character of Vezo 360 is its auto-detection feature. With the use of accelerometer and magnetometer sensors, the dash cam can identify the tiniest movements. In addition, it has an internal battery which can assist 4K recording and 4G support can transfer everything on your phone. Isn’t it really fast?

Regular Camera? Vezo is the Answer

Apart from delivering such amazing features, Vezo has a versatile nature. It can also act as a regular camera when you press the shutter button. The result is outstanding landscape photos and road trip images and not to miss the selfies inside a car. With a highly flexible rate of control, the Vezo is technically a flawless dash cam. Moreover, it has the BIS sensor which grants a machine vision with a high power range. Not to forget the dash camera sports Bluetooth 5 connectivity with IEEE 802.15.4, WiFi 802.11, and LTE-4G. Therefore, all these features of the wireless car dash camera seem to reduce the pressure of data transfer. The dashboard camera or dash cams are not a very new invention. However, these old cams have been revamped and introduced with the touch of super technology and brought to you as Vezo 360 degree. They are meant to keep a watch on your car when you are away from the car for a long time. It is one of the best gadgets which is loved by all. Because of its class apart features and completely secure connectivity, the Vezo 360 is today the preferred choice.

If you are in search of the best HD car dash cam in the globe, all you have Vezo 360-degree dash cam at your hands. With a comprehensive array of features and style, the dash cam will be the best security gear for your car. A car is a second best investment made by anyone in the world after the property and it deserves to have a secure zone.